Leader, B.C. First Party
Candidate in North Island
In a sign that the B.C. Liberals are either hopeful or desperate of winning an NDP-held seat, Premier Christy Clark on Friday morning dropped in to Campbell River in support of North Island Liberal candidate Dallas Smith.
Whereas her only previous visit was a quick drop-in to an event in the E & B Helicopters hangar in the Campbellton area, this visit was a quick visit to a private event in the hangar of Sealand Aviation Ltd.’s hangar at the Campbell River Airport, after which she continued flying north to events in Terrace, Smithers and Prince George.
Though the event seemed to have been organized on short notice it still featured a lineup of several dozen heavy industrial trucks lined up along the road, and lots of signs for Smith and maybe about 100 people including the Mayor, two councillors and several leaders of prominent businesses as well as family and friends of campaign workers.
Before her speech Clark climbed into the cab of one of the trucks and made a bit of a show of being pro-industry but when she tried to back up the truck a bit it stalled, which perhaps was a reflection of how her campaign has been going.
Clark’s comments were not audible to me because two of her provincial party campaign officials asked me to leave what was deemed to be private property but I did hear her promise to keep fighting hard for jobs and industries and to applaud Smith for standing up for the same things, especially with his First Nations background. She also mentioned good job prospects in aquaculture.
A lengthy video clip of her visit made it onto Global TV at 3:30 p.m., and an advertisement with similar language in it ran on Global just before 4 p.m.
Clark incorrectly claimed that “B.C. is on a roll” and said “let’s make sure we keep it that way” and then departed for her plane, spending in total only about one hour there.
A photo and brief report also made it quickly onto the local paper’s website: http://www.campbellrivermirror.com/news/christy-clark-makes-campaign-stop-in-campbell-river/ .
A winnable seat?
Why here and not in say Courtenay-Comox where the Liberals are hoping to hold onto a seat held by a now-retired MLA? Possibly because the Liberals’ polling shows they have either a safe win or a sure loss there whereas in North Island the contest is close enough that a pep talk from the Premier might help – except that very few people knew she was coming.
In other words it was an efficient media event en route to more important events in northern B.C. – important in terms of winning swing seats and the optics of her being seen to care about the whole province, not only the populous urban south. Plus it was a signal that she also supports First Nations voters who support economic development and job creation, which Smith happens to embody.
But as for substance? There really wasn’t much of that and there was zero dialogue with undecided voters.
NDP leader John Horgan meanwhile was scheduled to visit Courtenay-Comox for a rally tonight (Friday) and that will be his second visit there and the second time he has chosen to not visit North Island riding, which says that it’s either a safe win for the NDP or a lost cause according to their polling, or that Horgan is boycotting MLA Claire Trevena because years ago she dared to be part of a group that rebelled against former leader Carole James, who happens to be a very close friend and supporter of Horgan.
Twigg makes the paper
Meanwhile I had a good time chatting with various political and business leaders, almost all of whom were friendly towards me and none of whom said I should stop criticizing the Clark Liberals so harshly, like which I did in today’s issue of the Campbell River Mirror paper, one in an advertisement and the other in an equal-space editorial viewable here: http://www.campbellrivermirror.com/news/all-issues-fall-under-one-topic-really-government-must-manage-its-affairs-better/ .
I do believe it is time for a change, because the B.C. Liberals have become too inept and too corrupt, but if I am elected MLA in North Island and the Clark Liberals are re-elected to govern I could still serve the constituency well, partly because I know how the systems work but also because I have maintained cordial relations with most Liberals, probably even including Clark, who I happen to have known for about 30 years – ever since she was a rookie MLA and she was a guest on a radio show I guest-hosted on a now-defunct Vancouver radio station.
But if the John Horgan New Democrats win the same conditions would apply: I’ve known him and them even longer and generally have maintained cordial relations with most of them too even though I defected from their party about five years ago.
The main issue is not personalities, it is policies – especially the need for innovative ideas to build the province into something a lot better than what it is now. 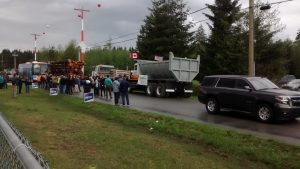 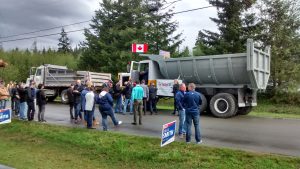