Special for Campbell River Mirror May 5, 2017 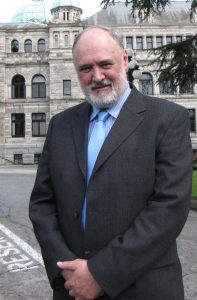 The top two issues in the current B.C. election campaign are really combined in one over-arching theme: the urgent need for the provincial government to do a much better job of managing its affairs so it can deliver a much better mix of measures to stimulate the economy, create more jobs and thereby afford major improvements in a wide range of health, social and education services – including lower fees and taxes!
Despite the rhetoric from the B.C. Liberal regime of Premier Christy Clark about job creation statistics, the reality is that B.C. does not have enough good-paying jobs now and due to their mismanagement of the forest industry things are about to get worse as American countervails on lumber exports kick in.
What should the Province have done? Revive regional log market auctions so there would be both a perception and a reality of a transparently fair and open market in logs but instead Ms Clark has resorted to cheap rhetoric and dangerous theatrics such as her threat to retaliate by blocking American coal shipments through B.C. ports.
Unfortunately that example of mismanagement of the forest industry is typical of the Liberals’ mismanagement in dozens of key policy areas, especially ferries and transportation on Vancouver Island but also seniors care, education, housing, health and yes job creation everywhere, and government operations too.
Though the “Lieberals” claim to be strong managers of the government finances and economy, the truth is that its debt has soared and wasteful spending on boondoggle projects abounds (e.g. money-losing P-3 bridge projects) and that since the reserve funds from B.C. Hydro and ICBC have now been depleted their already-high rates will soon have to soar.
The overall gross mismanagement of B.C. affairs is a huge scandal that should have come out more in the campaign, especially when there are so many positive alternatives to simply rewarding friend-and-insider donors with sweetheart contracts at taxpayers’ expense and then wasting millions on distorted propaganda claims to mislead voters at election time.
Obviously it IS time for a change and here in North Island voters have a choice in me of someone who can and will strongly and adeptly represent the best interests of the North Island and its constituents and businesses and industries regardless of which major party wins the election, or even better if there is a minority.
To see some of my unique and constructive policy alternatives, such as issuing a made-in-B.C. currency and earning new revenues from new industries such as a new ferry crossing route, please visit www.bcfirst.ca and www.johntwigg.com .
Thank you for your support and vote.